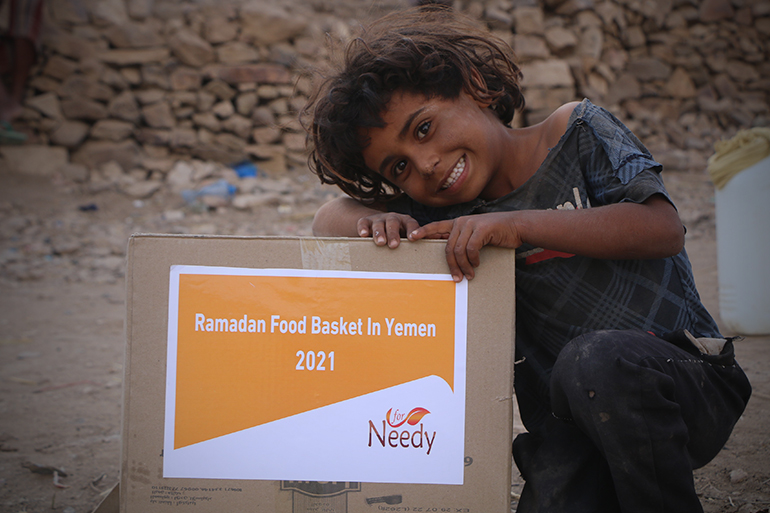 In Yemen, innocent children are the most vulnerable victims of the world’s worst humanitarian crisis, which has resulted in over 1.1 million children becoming orphans and being forced to be the breadwinners of their families at a young age. Children as young as ten years old are absent from school and are not receiving a proper education because they need to work to support their families.

Over 2 million children have been extremely malnourished since the war began, with thousands of under-fives becoming severely malnourished and at risk of disease outbreaks, while attacks on schools, teachers, and children have harmed access to education. A total of 2.3 million children, or nearly half of all Yemeni children, are expected to suffer from acute malnutrition this year, a 22 percent rise from 2020.

The war has led to chronic food shortages in what was already the Arab world’s poorest country. Widespread famine was averted in 2018 only by a large influx of foreign aid. But the threat is greater this time, as the war grinds on, families grow poorer and the coronavirus pandemic has left donor nations more focused on their own people which then reduce the help and assistance to the orphaned families in Yemen

We proposed a total of RM1,200,000 to fully implement the project in which the budget include the price of 12,000 food baskets that will be distributed 1000 a month.

The Prophet was also an orphan; his father died before he was born, and his mother died when he was only six years old.

Prophet Muhammad S.A.W. said: “The one who cares for an orphan and myself will be together in Paradise like this,” and the Prophet S.A.W held his two fingers together to illustrate. (Bukhari)

You don’t have to be one of the Prophet’s close companions, or pray all night, or give away all of your riches. You can get this high level by performing one honorable deed, such as sponsoring one orphan.